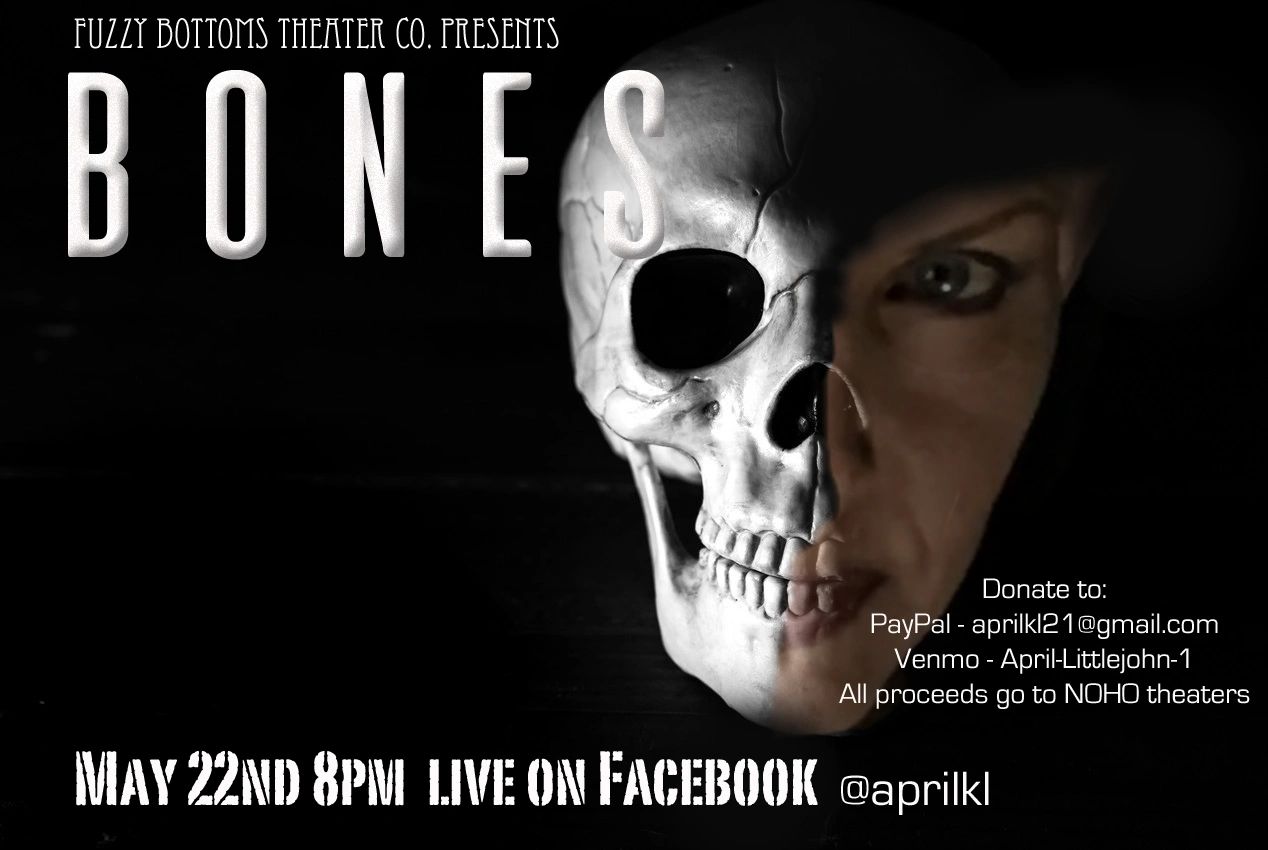 This year's show will be determined after theaters are open.

This year’s gruesome offering from the fabulous folks at the LA Horror Stories is “Four Crimes.”

Set in England’s infamous Newgate Prison in 1928 we are privy to a very special selection of the most revolting and despicable of the prison’s inmates. Four criminals whose vile journeys to this place are the subject of the play's four acts. All lovingly introduced to us by Newgate’s own warden supreme, a towering and terrifying fortress of a woman who brings out her four worst prisoners for our amusement. But she has her own agenda, for us to listen to their sordid, dreadful tales and then judge who is amongst them the most evil and therefore who will be her new executioner.

They are all horrid of course. Mass murderers with histories as different and varied as any of us…if not a little more bloody than most.

The Gentleman who woos his prey and kills them with not the slightest of conscience…The Deug who fulfilled his terrible destiny at the whim of a neglectful mother. The Manthis who’s cruel parents forged her murderous mind and The Dutiful Wife, whose husband has no idea his partner in crime is not at all the coy lady he supposed.

All these plays are quite brilliant, bloody and frighteningly well written and performed. The large and wonderful cast is fully committed to these fascinating and cleverly staged historical dramas. They live in these sad and violent worlds, they scuttle in the darkness and the characters they play, each in their own way, embody the wickedest and most depraved the human soul could become.

How malevolent can any man or women really be? Where does the fault of the fractured mind of the most nefarious among us lie? Can we become something less than human or are we born that way, finding our path to turpitude whether mistreated by life or given every advantage?

These are questions criminologists and psychologists and even men of god have been asking for millennia since Adam took the fruit and we all began believing in evil. But those that find peace in death and destruction will always fascinate and bemuse us. At this time of year particularly we all fetishize horror and when horror is presented in such thoughtful and creative ways as does the LA Horror Story it’s easily excused.

This is a bloody and violent show, but there is a kind of deep poetry to it. What is terrifying is what is possible. All these tales producing all these monsters have reason at their core. Terrible reason to be sure, but not at all easily dismissed. Real horror like this is always human and when it’s so beautifully and carefully and darkly told as this is, it is very hard to resist.

Tuesday, 17 October 2017 09:56 LA Horror Stories - Review Written by Samantha Simmonds-Ronceros  Fuzzy Bottoms Theatre Co Presents LA Horror Stories at The Sherry Theatre, October 13 - 29. Halloween is almost upon us and the shows in NoHo are getting decidedly weirder and bloodier….hurrah!! LA Horror Stories is a group of six plays of varying degrees of twisted, all introduced and curated by a thoroughly convincing, demented clown.  A kind of freaky Alistair Cooke leading us down darker and darker paths. The plays aren’t scary exactly. They explore the more nightmarish corners of the human mind, reminding us that we all learn a little more to the “crazy” than we might like to admit.  Interesting and odd and bloody. Yes, there will be blood - plastic sheets are provided. This excellent selection of original plays gets creepier throughout the evening as the weirdly, wonderful turns gruesome and ghoulish…but in a good way…a really, really good way! We go on a journey with these vile folks, from a serial killers courtship of his victim to the warped and revolting revenge of the jilted girlfriend. From a classic “can I borrow your phone” runs out of gas in the middle of nowhere, to one woman’s search for a real “snuff” movie and on and on…all with classy, hilarious and unnervingly authentic sinister asides from the menacingly, manic clown…how fabulous. The writers, April Littlejohn, Bryan Stubbles, Eric LaRocca, Allyn Eiby and Jacob Pinion - who also directs - should probably spend a good deal of their time in therapy, in my opinion, and you may well need a little of that yourselves after an evening inside their debauchery, or at the very least a cuddle and a hot cocoa. If you enjoy the sickening thrill of someone else’s disturbing fantasy, then “LA Horror Stories” is right up your eerie alley.  The cast is pretty fantastic, and also clearly wonderfully warped to be enjoying performing this brilliant and shocking stuff.  Bravo to the abandon with which they throw their macabre and dreadful selves…perfection. This is well thought out and awesomely executed.  The plays are lovingly rendered and some of the most disgusting and outrageous stories I have seen, which is saying something! I love, love, loved “LA Horror Stories,”  just couldn’t stop smiling all the way home…and looking over my shoulder of course. Tickets and Showtimes “LA Horror Stories” will be creeping out the NoHo locals from October 13 - 29.  Friday, Saturday at 8PM and Sunday at 3PM https://lahorrorstories.com Staring… Richard Lee Warren Amanda Talamantez Jason Galindo Jarrod Robbins Kirstie McHugh Laura Boccaletti Lauren Faulkner Omar Heyward Stephanie Mayer Fawn Bowen April Littlejohn Nicholas Mayer Production… Jacob Pinion - Writer, Producer, Director April Littlejohn - Writer, Producer, Director Fawn Bowen - Producer, Director AJ Gardener - Stage Manager Jonathan D Guerra - Lighting Designer, Booth Operator Marco El Mundo - Choreographer Stefan Adkins - Ticket Booth Operator